The Funky Friends turn up in the strangest places!

Most times I am fully aware of it, like the Simplicity Pattern that was licenced back in 2007… or the Fair Trade Toys made by Bluemango India…

BUT occaisionally a Funky Friend shows up in a place that takes me completely by surprise… like a COMPUTER GAME!!! I don’t play computer games because I’d rather be sewing (!) so it was purely by chance that someone spotted one of the Funky Friends in a computer game she’d bought online called ‘Return to Ravenhurst’ which is set in this spooky house – no place for a cute Funky Friend?

Not knowing much about computer games I was quite intrigued by this message I got on Facebook….

“Hey Pauline…. I’m am a little shocked! I was playing a game –
‘Return to Ravenhearst’ which is a mystery game and, well,
the print screen i took kind of says it all! Look at the purple box!”

First, before you get a clue – I want you to see if YOU can spot the FUNKY FRIEND in this picture… 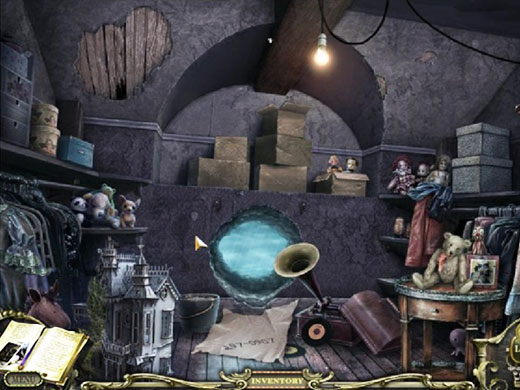 *** I want to point out that I am NOT connected in any way to the creators of this game and you’d have to use Google if you wanted to look them up…. BUT in case you’re curious, it’s a game made by Big Fish Games Studios which they describe as –

“An immersive adventure-style gameplay
in which you move from room to room solving puzzles and seeking out clues!“

OK, here is the clue –
look in the purple box! 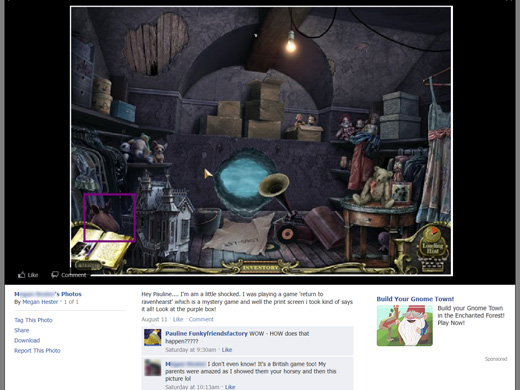 AND here it is a bit bigger…. so you can really see, how it looks just like Horsey!!!

AND here is the OFFICIAL HORSEY PIC… for you to compare!!!

Horsey is upset that they didn’t give him credit for this appearance… or at least some nice red apples (his favourites!!!) and I think they should have at least said something along the lines of…

“An immersive adventure-style gameplay
in which you move from room to room solving puzzles and seeking out
FUNKY FRIENDS FACTORY Toys and other clues!”

Please drop me a comment to let me know if YOU think this looks like Horsey Horse… I’d LOVE to know what do you think??? 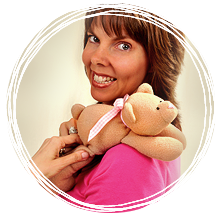